Your DUI Charge Does Not Define You.
I take the time to get to know who you are beyond your case.
Work With Me 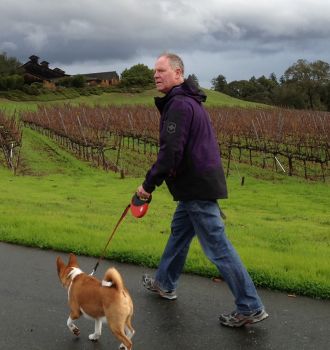 Jon W. Woolsey is a solo practitioner. He isn’t an ex-cop or ex-district attorney, he hasn’t spent years in the public defender’s office, and his father isn’t a judge.

What he is however is an attorney who is passionate about protecting the rights of citizens who have been caught up in what has become the single, most common criminal charge in America: DUI’s.

Jon’s a native Californian who grew up in the Bay Area and Southern California. He’s a graduate of Pacific Palisades HS, Occidental College in Los Angeles, and also earned his Master's Degree in Business from the Wharton School at the University of Pennsylvania.

After 20 years of a successful business career, he decided to return to California and enter law school in San Diego.

After graduation from California Western School of Law, he took his legal skills and applied them to an Internet company he helped form to bring health and fitness online.

As it turns out, Jon’s business partner was arrested for a DUI while in Santa Clara on a business trip. His partner insisted that Jon apply his business and legal skills to fight the DUI. A year later, hundreds of hours of research, seminars, and courtroom observations his partner received a not guilty verdict by Jon’s first jury trial, and Jon had the DMV set aside any suspension of the driver’s license.

"My educational background, my experience in the business world, and my passion for the law all shaped me into the exceptional legal professional I am today."

Today, fifteen years later, Jon has regularly attended and participated in dozens of DUI-specific seminars and training camps throughout California and the United States.

Mr. Woolsey, known as the DUI GURU, has continued to limit his law practice to the criminal defense of DUI charges in California.

His DUI defense experience has taken him to courts in San Diego, Los Angeles, Santa Clara, Santa Cruz, Contra Costa, Santa Mateo, Sacramento, San Francisco, Marin, Napa, and Sonoma Counties. His cases and evaluations of DUI law and its defenses and DMV practice and procedure have been extensively published.

His experiences and skills at negotiation, mediation, and arbitration in business have helped fine-tune his ability to deal with prosecutors and judges and his research and consumer behavior skills have taught him to never give up and never stop learning new ways to combat DUI criminal charges.

Mr. Woolsey only takes on cases where he believes he has an opportunity to make a difference, gain an advantage and benefit a client to justify the fees he receives.

If Jon doesn’t believe he can do that he’ll tell you so and refer you to a criminal defense lawyer who can escort you through the system.