Your DUI Charge Does Not Define You. I take the time to get to know who you are beyond your case. WORK WITH ME 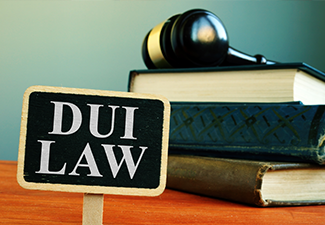 Friends and family are usually happy to offer unsolicited advice when we find ourselves in some sort of trouble. It could be a health issue, a career change, or a brush with the legal system, such as being charged with driving under the influence (DUI).

If you feel embarrassed or ashamed about getting a DUI, you're likely to turn to the internet instead for information. In fact, that may be why you are reading this blog post right now. Under these circumstances, when you need to make decisions as major as those you will need to make regarding a DUI charge, you need to work with the facts, not what a friend or relative or co-worker wants you to believe.

At the DUI Law Firm of Jon Woolsey, I handle only one area of law, DUI law. That focus allows me to get the best results possible for clients charged with DUIs in Santa Rosa, California, and surrounding cities in Sonoma, Napa, Marin, and Mendocino counties in the North Bay area. If you are facing DUI charges in California, I can help.

Common Myths and Facts About DUI Charges in California

There are numerous common myths about California DUI charges. Since it is important that you work with the facts, let me dispel some of those myths.

A DUI charge isn’t worth fighting. It’s so common that it isn’t serious.

The consequences of a DUI conviction are long-lasting and far-reaching. In addition to paying fines and court costs, being ordered to do community service or undergo treatment, and even spending time in jail, you can lose your job, professional licensure or certification, custody of your children, and your driver’s license. Not only is a DUI worth fighting, but it is also worth fighting with an experienced and tenacious DUI attorney on your side.

You must be actually driving a vehicle to be charged with DUI.

It is accurate that, unlike many other states, California law requires that you were driving a vehicle while under the influence to be charged with DUI. Parked and sleeping in a running car with the keys in the ignition is not sufficient in this state. However, what qualifies as “driving” is minor. You can move your vehicle an inch to meet that standard. Put your car in reverse to back out of a parking space and if your wheels move at all, the law considers that driving.

I have to perform a field sobriety test when law enforcement asks me to.

Field sobriety tests are performed at the location of the stop. They include such tests as tracking the officer’s finger with your eyes, walking in a straight line then turning around, or counting backward. Field sobriety tests are not scientifically reliable. Performance can be influenced by medical and coordination issues, flashing lights, and uneven ground. Not only are you not legally required to participate in field sobriety tests, you absolutely should refuse to do so. Although a poor performance can be used against you, a refusal to take them cannot be used as an indication of guilt of drunk driving.

I can refuse a request to undergo testing of my breath, blood, or urine.

This aspect of the criminal and DMV case against you is very complex. After either doing FST's or telling the officer you'd rather not perform them, the next request might be to take a PAS (preliminary alcohol screening test). This test is also an FST and you have a right to refuse that as well without ramifications. However, if arrested, the officer should be telling you about Implied Consent. What's Implied Consent (IC)?

IC is advising you that if arrested you are required to provide a chemical test of your breath or blood and that if you refuse to cooperate you can be charged with a refusal in court and the DMV will suspend your license for a year on a first offense or two to three years if a multiple offense. It's not automatic as the officer will tell you because you do have a right to a hearing so long as you or your attorney contact the DMV and make a request for one within 10-days of your being arrested.

Refusal of a breathalyzer test, blood draw, or providing a urine sample if one of the other two tests isn't available, is a difficult charge to overcome. The right to drive on California roadways is coupled with Implied Consent to undergo testing of your breath, blood, or urine. Just to clarify what IC is goes back to when you first received a license to drive (or renewed a license recently) there was language in the paperwork that indicated you'd have to cooperate with an officer's request so long as he/she had probable cause to believe you'd been driving while impaired.

I have to answer all the questions the law enforcement officer asks me when stopped.

You must provide the officer with your name, address, driver’s license, and proof of insurance. However, you are under no obligation to answer any other questions without your lawyer present. Remember, DUI is a crime and as with any other crime, you not only have Miranda rights, but you should exercise them. I couldn't tell you how many times a new client tells me that the officer didn't give me my Miranda rights. I unfortunately must tell them that you already know your rights and you don't need a cop to "give" them to you. They were given to you by the Constitution and Bill of Rights.

Among the questions the officer will ask you are where you were, where you’re going, and if you have had anything to drink or have taken any drugs, and if so, what and how much. You should respond politely that you want to speak with your lawyer before answering any questions. Exercising your Miranda rights cannot be used against you as an indication of guilt.

A DUI conviction falls off my record after ten years.

A DUI conviction remains on your record for "at least" 10 years from the date of your arrest. That means that for a decade, the Department of Motor Vehicles, law enforcement, the courts, family services, prospective employers, college and university admissions, lenders, insurance companies, and any other party conducting a background check will learn about the conviction.

The best opportunity you have for obtaining the most favorable outcome possible when facing DUI charges in Santa Rosa, California, or throughout the North Bay area is to hire an experienced and reliable DUI defense attorney. If you want one whose focus is DUI defense, count on the DUI Law Firm of Jon Woolsey.

If you are facing DUI charges, don’t delay. Responding to charges is time-sensitive, so call my office now.

DUI Myths How Can I Keep My License After a DUI? This Is My First DUI. What Should I Expect? Community: Results of Santa Rosa DUI/Driver’s License Checkpoint