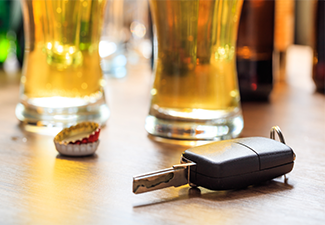 You’ve been pulled over for suspicion of driving under the influence and detained for investigation and further testing of your breath and/or blood. The District Attorney, upon receiving the results, are very likely to charge you, in a complaint, with a DUI. You now face an arraignment, criminal proceedings and possibly a trial. You can lose your driving privileges and face other penalties that can affect your work, life, livelihood, and freedom for the foreseeable future. There may be lingering consequences for a decade or more.

You, however, don’t believe you consumed that much alcohol or were so impaired that you couldn’t drive safely. What can you do? Are test results the final arbiter of your fate in the eyes of the law? If your blood alcohol content (BAC) is shown to be 0.8 percent or higher in California, that is considered per se proof that you were driving under the influence. Per se means “in and of itself.”

The test results can be challenged, however. There are many issues involved in the handling of the sample – was it really yours, or has it been compromised? – and there are also mitigating factors that can be used in your defense. Don’t just plead guilty to get it over with. You can contest the results in court through pre-trial proceedings, and you can also contest any administrative license suspension actions taken by the Department of Motor Vehicles (DMV).

If you have been arrested and charged with a DUI in or around Sonoma County, California, contact me immediately at the DUI Law Firm of Jon Woolsey. I have the knowledge, experience, and resources to mount a solid challenge against any evidence that the District Attorney may bring against you in a DUI charge, including blood and breath results. I proud of my service to clients in Santa Rosa and throughout the "North Bay" area, including Napa, Mendocino, Marin, and Sonoma counties, California.

Blood alcohol content is a measure of how much alcohol has entered your system through the drinks you have consumed with friends at a bar, winery tastings or just having dinner. The BAC level of 0.08 percent was adopted by all states by the end of the 1990s and represented a reduction from the earlier standard of 0.15% in 1936, which was later lowered to 0.10% in the 1960s and dropped to the present lever of 0.08 in 1990. Not only have the "per se" levels become more tougher but many other aspects of the laws governing DUI have also been implemented to punish offenders.

Breathalyzers, those portable devices that police can use to test your BrAC (Breath Alcohol Content) at the scene where you were stopped, actually originated in the 1940s under the names of “drunkometer,” “alcometer,” and “intoximeter.” While you can refuse a roadside breathalyzer test, you can still be forcibly taken to the local police station or hospital for a blood test. You will not be allowed to contact anybody, not even an attorney before the test is taken. The DMV can also immediately suspend your driving privileges if you aren't careful about adhering to some very short time frames for preventing this.

Assuming you have taken a blood alcohol test and had the results come in above 0.08 percent or higher, you are then presumed to have committed a per se DUI, and prosecutors will attempt to use that result to convict you. However, a BAC reading can be influenced by many factors that can mitigate the assumption that you were per se driving under the influence.

Among the factors that can influence a BAC reading include:

YOUR AGE: As you get older, alcohol tends to take a quicker and stronger effect while you yourself may be perfectly capable of operating a vehicle.

YOUR GENDER: Alcohol is water soluble, and women tend to have lower water content in their bodies. Thus, their BAC rates can be higher than men’s while consuming the same amount of alcohol.

YOUR BODY TYPE: Here again, water plays a factor. The more you weigh, the more water you will probably have in your system, affecting your BAC results. The less you weigh, the quicker your BAC can rise.

YOUR FAT/MUSCLE CONTENT: Fatty tissue is low in water content and thus absorbs alcohol more quickly than muscle content. The more muscular you are, the slower the alcohol is absorbed.

YOUR METABOLISM: Everyone’s metabolic system works differently, and some people absorb alcohol more quickly or more slowly than others.

YOUR EMOTIONAL STATE: Emotions, as in everything else in life, can exert a profound influence. Stress actually slows down the absorption of alcohol. When you calm down, your BAC may actually rise.

YOUR MEDICATIONS: Certain medications that you take for health reasons can actually increase the effects of alcohol absorption, including even cold and allergy pills.

YOUR FOOD CONSUMPTION: Food will slow the consumption of alcohol, so eating before or while drinking can be beneficial for your BAC. Conversely, drinking on an empty stomach can increase your BAC.

If you face DUI charges, you don’t have to give in and just figure a first offense won’t be that bad. Don’t be fooled. You’ll still face fines, possible jail time, and the loss of driving privileges, as well as possible mandatory DUI school attendance. The conviction will also appear on a criminal record created in your name, which can make employment, professional licensing, college admission, public benefits, and other opportunities more difficult.

There are ways to challenge the results of a blood test and a DUI charge that can mitigate or eliminate the consequences. Take the proper action and contact me immediately at the DUI Law Firm of Jon Woolsey, and let’s work together to obtain the best result possible. Defense of DUI is my only mission. You can rely on me to develop the best strategy for you. I proudly serve clients in Santa Rosa and throughout the "North Bay" area, including Napa, Mendocino, Marin, and Sonoma counties, California.