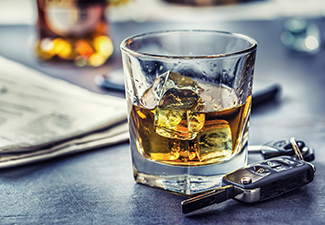 According to the National Highway Traffic Safety Administration (NHTSA), California ranks behind only Texas in alcohol-related traffic fatalities. Federal Bureau of Investigation (FBI) data also show that nationwide men account for 81 percent of all drunk driving arrests, compared to 19 percent for women. Over the last 10 years my own experiences in Sonoma County confirm this 80-20 ratio of male to female arrests for DUI.

Even if you’re just been out with a couple of coworkers and had a few drinks to celebrate the weekend, driving home can get you pulled over. With just two or three drinks under your belt, depending on your age, weight, and other factors, you could be subject to driving under the influence (DUI) charge. A blood alcohol content (BAC) of just 0.08 percent is considered a per se DUI; in other words, that’s the only proof they need in most cases.

By law, you cannot refuse a chemical, breath, blood, or urine test once the officer takes you into custody; however, at the scene where you are pulled over, you can refuse a field sobriety test and a preliminary alcohol screening (PAS) breathalyzer test.

The PAS and field sobriety test – following the officers finger or pen, walking heel to toe forward 9-steps-pivoting and walking back heel to toe, standing on one leg, and other maneuvers – are used to establish probable cause for a DUI arrest. If you refuse either or both of the tests, the officer can still take you in if they have probable cause that you’ve been driving under the influence, but their evidence will be much weaker without having these "sure to fail" tests on video or in their narrative of the investigation. Once you’re taken in, you can no longer refuse. If you do, your license will be suspended immediately.

The consequences of a DUI conviction can be both immediate and long-lasting. If you’re facing a DUI investigation or charge in or around Santa Rosa, California, contact me at the DUI Law Firm of Jon Woolsey. I will work to protect your rights and fight for the best possible outcome through both pretrial negotiations, pre-trial motions to suppress evidence or dismiss a case and in-trial motions and procedures.

I proudly serve clients throughout the North Bay Area, including Napa, Mendocino, Marin, and Sonoma counties.

What Is a DUI in California?

An alcohol-related charge of driving under the influence, as mentioned earlier, is often based on your blood alcohol content. A BAC of 0.08 percent or higher is considered a per se DUI. Basically, you’re operating your vehicle with more alcohol in your system than Vehicle Code 23152(b) VC permits. But even in the absence of a blood test, you can be charged under Vehicle Code 23152(a) VC, which makes it illegal to drive under the influence of drugs or alcohol, beyond that of a sober person. Generally, most offenders face charges under both codes.

Driving under the influence of drugs is covered under Vehicle Code 23152(f) VC.

Penalties for a DUI

Most DUIs, especially first-time offenses, are charged as misdemeanors, but repeat offenders, four or more convictions within 10 years – or in cases where your driving injures, kills someone or places a child in jeopardy of being injured – they can be charged as felonies, with stiffer penalties. In fact, DUI-related fatalities can be prosecuted under the state’s vehicular manslaughter or murder statutes.

In most cases, the penalties for a DUI conviction depend on two primary factors:

Assume you were at a local pub on a Friday night after work, had a few too many, and were caught while speeding or swerving your vehicle on the way home. You’re taken in, given a blood test, and your BAC is above 0.08 percent. Since this is your first offense and no one has been injured, your penalties will generally consist of:

As part of the DUI process, the arresting officer will give you a notice of suspension or revocation (form DS367) of your driver’s license, which will go to the Department of Motor Vehicles (DMV) to review, implement or not honor the notice. Generally, it will be honored. You have ten days from the date of the arrest to request a hearing with the DMV to contest the suspension or revocation and get a temporary license replacing the one the officer confiscated. If you or your attorney miss the 10-day window you will be suspended in 30-days following the arrest.

If suspended, you can request a restricted license to drive to and from work and medical appointments, or you can apply to have an Ignition Interlock Device (IID) installed on your vehicle so you can drive without the work-only restriction.

Once you receive a DUI conviction, any subsequent DUI during the subsequent ten years will lead to even harsher penalties. Four DUIs in ten years will trigger a felony charge. Aggravating circumstances also can increase your penalties, even on a first-time offense. For instance, having a child under 14 years of age in your car, having a BAC of 0.15 percent or higher, causing an accident, driving at excessive speeds, or being under the age of 21 can lead to increased penalties.

Additional Consequences of a DUI Conviction

Conviction means that you now have a criminal record that can cause collateral damage for the rest of your life. California does not expunge criminal records, but it allows you to have your record cleared to show that a plea of not guilty has been entered and the case dismissed. You need to work with an attorney on this if you want your criminal record cleared.

Prior to you getting your record cleared, your criminal past from the DUI can jeopardize your employment opportunities, professional licensing, and even public benefits. On a job application, you will have to answer yes to the question of whether you have ever been convicted of a crime.

A DUI conviction can also result in auto insurance rate increases, if not outright cancellation of your policy. The increases may take forever to go away. Also, if word gets out about your DUI conviction, your professional and personal relationships can be strained.

Once you’ve been taken in, remember the golden words used in the Miranda Rights declaration that should be read to you upon arrest – “Everything you say can and will be used against you.” It’s best to contact me immediately, so we can start working on your defense. If you say too much to police or prosecutors, the legal road can get much tougher.

Contact me after your arrest at the DUI Law Firm of Jon Woolsey if you’re in Santa Rosa or the North Bay area of California. I will give you personalized attention and keep you in the loop throughout the legal process as we strive for the best outcome possible.