DUI With Child in the Car 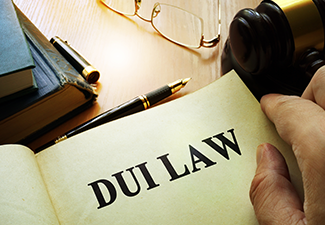 Law enforcement and courts in California take DUIs more seriously when children under the age of 18 are in the vehicle. And the younger the child the more serious the behavior. The consequences of a DUI with a child in the car can be dire. In addition to facing criminal penalties such as jail time and parenting classes, your DUI arrest may trigger a Child Protective Services (CPS) investigation. In the worst-case scenario, CPS may consider taking your children away.

If you have been arrested for a DUI with a child in the car, it’s essential to contact a skilled attorney to assist you in defending your DUI and possible child abuse/endangerment charges. As a criminal defense attorney at the DUI Law Firm of Jon Woolsey, I can help you protect your rights and freedom and keep your family together. From an office located in Santa Rosa, California, I serve clients throughout the North Bay area, including Marin, Mendocino, Napa, and Sonoma counties.

Will CPS Get Involved if I'm Arrested for DUI With A Child in the Car?

Yes. If you are arrested for DUI with your child in the car, the CPS will be notified about the incident. Then, the agency will decide whether or not to launch an investigation into your case to look for evidence of child abuse or child endangerment.

Many people who get a DUI with children in the vehicle worry that their children will be taken away from them. Please know that, unless the child is in immediate danger, they will not be taken at the time of the arrest. Your children may only be removed from your care after the CPS investigation is complete.

In many cases, a CPS representative will come to your home after your DUI arrest to determine if there are sufficient grounds to remove children from your care. CPS is likely to take your child away from you if there is evidence that:

After a DUI with a child in the car, it is more likely than not that the CPS will investigate you. For this reason, it is critical to prepare for the investigation beforehand so that the CPS representative’s visit does not catch you off guard.  A good house cleaning will go a long way to making CPS more comfortable with you and/or your partner.

Consider speaking with an experienced attorney to help you prepare for the questions put forth by the CPS representative. Even if you are confident that the CPS will find no grounds to remove children from your care, it is better to be safe than sorry.

California law defines “child endangerment” as willfully exposing a minor to unjustifiable suffering, pain, or danger. Child endangerment is a separate criminal charge. Thus, even if you are charged for DUI (with or without enhanced penalties for a DUI with a minor in the vehicle), you can also face child endangerment charges. Depending on the circumstances, the charge is considered a "wobbler" meaning that it can be prosecuted as either a misdemeanor or a felony.

Endangerment is a very far reaching term. You could simply be exceeding the speed limit or changing lanes without signaling or weaving for a prolonged distance on the freeway and any of these and many other "innocent" driving behaviors can lead to enhanced charges. Also, if a young child isn't properly retrained in a vehicle, that alone can mean endangerment.

Drivers who are arrested for DUI with a child under the age of 14 in the car can face enhanced penalties. If convicted, the driver may face an additional 48 hours to 90 days in jail, regardless of the number of prior DUIs on your record. The enhanced jail terms are imposed in addition to other applicable penalties associated with the DUI conviction, such as alcohol level, drug use and prior DUI offenses just to name a few. The child doesn't have to be harmed to trigger all of this. Harm, on the other hand, means Felony charges and Felony charges can carry prison terms.

Even if there was no accident or actual harm to the child, the District Attorney will seek penalties that include a 52-week parenting class and issuance of a child protective order. The protective order will mean that you may have only peaceful contact with your own child. And, you would be on formal, not informal, probation which means you are being scrutinized by a probation officer. Also part of the probation could be relinquishment of all weapons you own.

Consider contacting a skilled criminal defense attorney as soon as possible after your DUI arrest to help you avoid or mitigate the devastating ramifications.

Legal Advocacy When You Need It Most

If you were charged with a DUI with a child in the car, contact the DUI Law Firm of Jon Woolsey to get the legal assistance you need. I understand that your future and your relationship with your kids are at stake. As a skilled and results-driven criminal defense attorney in Santa Rosa, California, I will work tirelessly to defend you against DUI and child endangerment charges. Reach out today to get a free consultation.