How Can I Keep My License After a DUI? 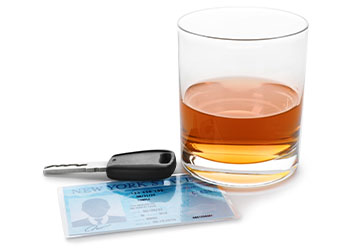 California treats driving under the influence (DUI) offenses very seriously, which is why the state has some of the most stringent DUI penalties in the country. In addition to fines, jail time, or jail alternatives and a host of possible collateral consequences, penalties associated with DUIs in California most likely include a suspension of your CA driver’s license (or right to drive in CA with an out-of-state license). The length of time your license will be suspended or restricted will depend on the specific facts of your DUI arrest and/or conviction, including any prior offenses on your record within the last 10-years.

If you have been arrested for a DUI in California, you might wonder if there is any way you can keep your license. And, if your license was already suspended, it’s important for you to explore your options for getting a restricted or hardship license if you're under the age of 21. No matter your circumstances, reach out to a criminal defense lawyer who specializes in DUIs to help you get your license back or take the necessary steps to prevent your license from being suspended in the first place.

At DUI Law Firm of Jon Woolsey, I am dedicated to minimizing the impact of drunk driving charges. I proudly serve clients in Santa Rosa, California, the county of Sonoma, and the North Bay counties of Marin, Napa, and Mendocino. Set up a one-on-one consultation with me today. I'm a solo practitioner so you'll be speaking to me directly, not to some office assistant or junior attorney.

When a California licensed driver is arrested for driving a motor vehicle while under the influence of an alcoholic beverage, their driver’s license is taken by the officer and they are given a temporary license good for 30-days. If nothing is done within the first 10-days to extend the stay beyond the 30-days, then the suspension will be reimposed for 4-months at a minimum and potentially for a year or revoked for 2 to 3-years. If the 10-day window is met and the DMV contacted, then the driver will also have a right to a restricted license and a hearing with the DMV to argue against any suspension at all. This is the Administrative part of the equation handled outside of the criminal case which usually follows as a result of the arrest. Remember, the DMV only deals with alcohol arrests. If arrested for a drug-only DUI, then only a DUI conviction in court will lead to a possible suspension.

The California Department of Motor Vehicles (DMV) administrative suspension of a driver’s license comes in addition to any penalties a driver may face in their criminal case. In criminal DUI cases, possible penalties may include jail time, a mandatory alcohol treatment program, the requirement to drive with an ignition interlock device or drive with a work-only restriction. A court conviction may also lead to a new or extended suspension, restriction, or revocation of your driver’s license if a multiple-time offense.

The length of the driver’s license suspension gets progressively longer for a second, third, or subsequent DUI conviction within 10 years. The length will also be longer if you were on probation for a prior DUI offense at the time of your arrest. If it is your first DUI offense, your license can be suspended for six months, either to run concurrently with the DMV Administrative suspension of 4-months we mentioned earlier or an additional 6-months if the 4-month suspension has already come and gone. The suspension period for a second and third DUI offense is one and two years, respectively.

Another important thing to remember is that if you refused to take a chemical test of your breath or blood after being arrested and were properly informed of that requirement, called implied consent, then a one-year or two-year suspension can be imposed without the right to a restriction.

What Is a Restricted License?

The term “restricted license” refers to a limited driver’s license granted to drivers whose license was suspended or revoked as long as they meet the eligibility requirements. Drivers who get a restricted license retain restricted driving privileges, such as traveling only to work or driving during the course of work or alternatively driving anywhere and any time with an IID installed until their license is reinstated.

How Can You Get Your License Reinstated in California?

Contact an experienced DUI defense attorney to get legal guidance and assistance with obtaining the restriction and when reinstating your license. There are many nuances to what we've written here about the license. It's complicated, it's your livelihood at stake, and it's a process that regularly changes. Get expert help.

Experienced Guidance You Can Trust

The suspension of your driver’s license for a DUI can have a significant impact on the quality of your life. If you have been arrested for driving under the influence, you need to explore your legal options to mitigate or avoid the impact of the DUI charge.

Seek out legal counsel to determine if you can prevent a suspension of your driver’s license. At the DUI Law Firm of Jon Woolsey, I help people in Santa Rosa, California, and throughout the North Bay build strong defenses in their DUI cases and fight to protect their driving privileges. If you live in the North Bay area, including Napa, Mendocino, Marin, and Sonoma counties, set up a case review today to discuss your options.